...but my hair was in such a state that I couldn't do it to myself.

Next week we will be in 2020. How crazy is that? I hope everyone had a great Christmas. Mine was good. I got stuck doing the cooking again! But there was no arguing so a success! It's always so strange that gap between Christmas and New Years because I feel like there's all this stuff I want to do before the year is up and yet just chilling out has been the best. This break has been so overdue and I am really loving just moving at this glacier speed. I told myself I would have finished my new book by the end of the year...yeah I love how ambitious I am! I haven't worked on it since I've had my break.

I just clocked this morning that my third book is out in just over 9 months. Why that gives me anxiety I have no idea! I am debating whether to have a book launch party. I just don't know if I can be asked to organise it. Next year is already looking full on. Grrrr I just need another me really.

I was thinking about my highlights for the year and one of them was defo a secondary school in Luxembourg which picked my Emily Knight book as their book of the month for their Year 7's! Love!!!! 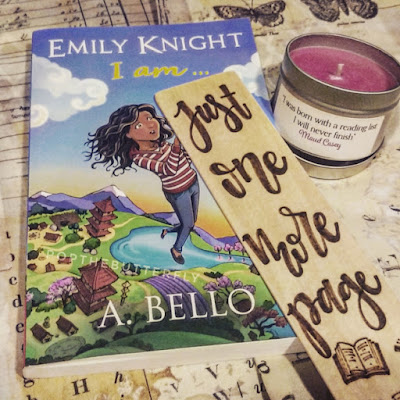 YOU is back. I literally was thinking about re-watching season 1 and the next day Aleta told me season 2 drops on Boxing Day. I have stayed away from social media to avoid anyone ruining it. I also started Greenleaf and re-watching Game of Thrones. Now knowing how it ends, they really do tell you throughout the series what's going to happen! Speaking of thrones I saw Nathalie Emmanuel who plays Missandei in the hairdressers! I was looking at her and thinking she looks so familiar so I said are you an actress and when she said yes, I was like OMG YOU WERE ON GOT!!!! I had to work so hard to keep my fan girl vibes down cause I knew Annie would cuss me and it was so hard! I really wanted a pic but my hair was in such a state that I couldn't do it to myself. I told Annie and Afosina off. They should have told me she was booked in!

And just to top off my 2019, Missy FREAKING Elliot liked my video! I went to Aleta's class and it was to a Missy track. Daniella asked someone to film it so I was in the video. I posted it and Missy liked it. My 2019 is complete! 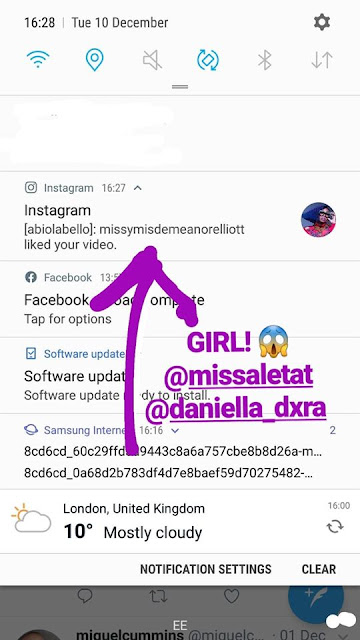 Not long now till 2020. This decade has been life changing and I pray that the next 10 years is as amazing as this one has been. I have one more blag dropping on NY Eve x

Have a read of the fun piece I did for Female First Magazine for Gen Alpha Z. Cheers Literally PR for sorting

Oh and I changed the iPhone to a Samsung. Sorry guys I'm too loyal :)

...came right to my face so that I went cross eyed and screamed, “YOU ARE SO CUTE!”

February 28, 2018
I was so excited for January to be over. All that darkness and gloom and right now in London, it's snowing. Yes full on snow at the end of February. What kind of foolishness? Then it had the cheek to be really sunny AND STILL SNOW! I really can't with this country.  I started my World Book Day school tour today and was legit caught in a blizzard. Was so happy when my afternoon class was cancelled, was way too cold.

I got an email from The London Book Fair about the Trailblazer Awards 2018. Never heard of it but was open to anyone under 30. I started to write the submission but I can't boast about myself so I asked Helen to …
Post a comment
Read more

September 15, 2014
Hey all! I know it's been ages since I posted but so many things were happening, I figured to wait until August was over and say it all in one go.

First of it was my bday. Holla! I turned 26 and went to Amsterdam with my friend, Melissa. We decided to try a cruise ship. I was a bit concerned if we would like it, so we took the deal that wasn't as long but we had so much fun! The food was great, the cinema - watched Maleficent, Rise of the Planet of The Apes and The Fault In Our Stars, we drank in the sky bar. The sleeping arrangements were interesting lool. When I went to look at prices, the best rooms were still available but when I actually booked, we had the basic. It was pretty hilarious walking in and seeing it for the first time! But we made it work and when you sleep you can feel the waves underneath. The first night, Mel and I were like 'what the hell?' It took us a good while to get used to it. On my actual birthday, Melissa had put balloons and streamers around…
1 comment
Read more