'Do you look at my Instagram and think I need money?'

I'm late to the party but HAPPY NEW YEAR!! My start to the year has been up and down but working through the downs so they have become ups (if that makes sense). There is something so annoying about January. I think I've had one good January where everything just went smoothly. Yeah I would love those times to come back.

Started of the New Year with not one but two parking fines. I just can't with this. One of them you can't even see my car and they're like it's defo you. How?? And then the other one literally suspended my entire road so then I had to park up the road. The next day or maybe the day after they suspended that road and gave me a fine. I said they should have said days prior that the road was going to be suspended and given warning. They claimed they did. THEY DIDN'T. So then I paid the stupid fine and then got a letter the other say saying I didn't pay it. I am so over these idiots.

I feel like this year everyone has the mentality of saving and just levelling up. I really just want to go to the next level and just make smarter decisions in every way. I also want to try new things and see how creative I am in other areas of the arts. I don't want to ever look back at my life and think ah I should have tried that. Another thing I want to do more is self-care. When I'm stressed my body reacts so dramatically. I even had to go in an ambulance and get checked over so I need to just take it easy. Easier said than done right? Running these businesses can be a lot at times and just getting the balance right will always be a challenge I think. 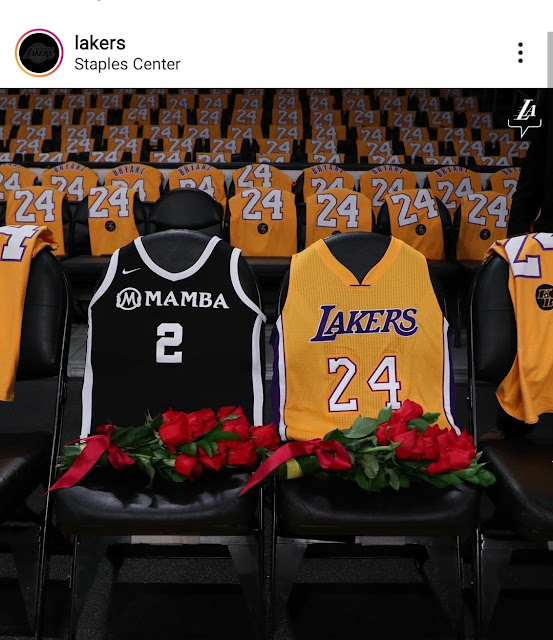 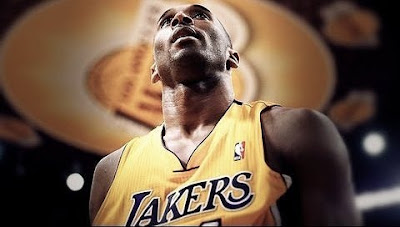 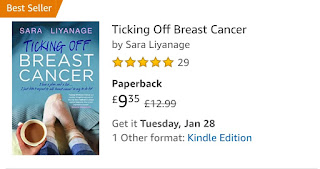 I'm sure like most people in the world, you knew where you were when Kobe Bryant died. It was such a surreal moment because I saw it on social media and then maybe 5 minutes later I found out one of our books Ticking off Breast Cancer hit the number 1 bestseller list on Amazon. I don't think I have ever felt such extreme emotions in the space of a few minutes. I grew up on basketball because of my brother and we used to play basketball in the park throughout my whole childhood. The three teams I can remember that we loved were the Sixers because of Iverson, Chicago Bulls because of Jordan and the Lakers. Kobe and Shaq were the Lakers. I was devastated to hear about Kobe and the way it happened was awful. A few minutes after that I then heard about his daughter Gigi and the other victims. My heart broke. I can't even imagine his wife losing her husband and daughter that was so similar to her husband. The outpouring of love for him was just so beautiful. Can you imagine leaving such a legacy behind. Inspiring so many people with your gift. Nothing to do with race or gender just your talent. He will never be forgotten and left his mark on the word. That is truly amazing.

I did my first interview with About Time Magazine. Have a read here 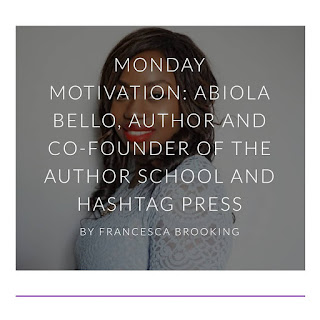 I have a date for Emily! It's out September 17th and I'm so excited but nervous. I've finally finished all the editors notes so now just doing a read through of the book to make sure it flows well. Then I'm going to print it out to catch any little bits before it goes off for a proof. Can you believe I'm on my 5th book! Halfway through as well and it's defo the quickest book I've ever written.

Aleta literally makes me laugh! We were talking about how people can ask you to do something but it's almost like they think they're doing you a favour. And how people want to pretend they don't have money and what you to use your skill for a cheap fee but then when you stand your ground suddenly they have money! But it's like they think you'll say yes to their cheap fee because you need the money and they don't see that some things just aren't even worth your time! So Aleta was telling me about her situation and then she said, 'Do you look at my Instagram and think I need money?' I hadn't laughed that hard in a good while.

If you ever are just board and need to laugh go on Wendy's Twitter. Whoever runs their social media needs a raise!

So I've gone back to teaching dance! I haven't taught dance in about a year and a half so I was a bit worried that I would hate it but surprisingly I have enjoyed it. Thankfully all the schools are local and the kids are great. So far so good. I went to teach dance at a school the other day and this girl told me she was reading a book called Emily Knight.
Me: Oh fab! Is it this one? I show her the screen saver on my phone of first book. She says no so I'm thinking it's some next book.Girl: Its like darker with a forest and it's called Emily Knight I am...AwakenedMe: (pretending I don't know) Oh cool do you like the book?
Girl: Omg I love it! I've read it twice. My friend got it in Waterstones. They highly recommend it!
Me: That's so nice! I heard there's a third book in September
Girl: Are you joking?? Yes! I can't wait! I need to tell my friends
Me: (trying not to cry) You know that's my book? I wrote it
Girl: Err the author is called A. Bello
Me: Yes that's me. Abiola Bello
Girl: You're name is Abi
Me: look that's me!!!
I show her the author pic at the back
Girl: Abi! I am spellbound that you wrote this book 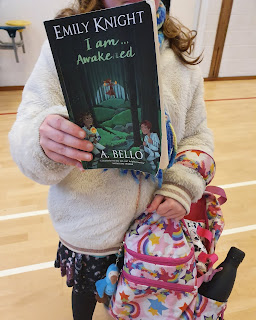 Queen and Slim is a must see!

How cool does the Ivy Park collection look? There was an outfit that I loved so I went to see if I could order any. All gone. I need to wait till the hype calms down and hopefully will get it. I loved the whole campaign and especially that Sainsbury's were claiming the colours. So hilarious.

I've been on a fitness kick for a while now. Just being more active and making—what I think— is better decisions when eating. I have cut back on bread, sugar, literally don't eat chocolate/desserts anymore. And I can see some lines appearing on my stomach!! I haven't seen abs or abs trying to pop out in a few years so it was very exciting!

Every time I have a plait in my hair I feel like a Targaryen. Ladies if you want your hair did hit up VIP in Holloway Road. No-one better! 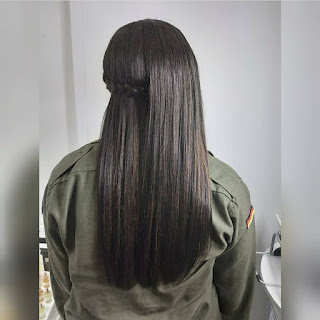