...yes I did say his name in the mirror 5 times. Does that mad man need to be resurrected?

Good news! Remember in my last blog I had two parking fines? And one went up because they claimed I never paid but I did? So I called up to pay over the phone and the payment literally was pending in my account for a week—basically the council couldn't be bothered to take out the money. So now I'm really annoyed as this is the second time I tried to pay for this damn parking. I called up, spoke to this lovely girl who asks me when I got the letters. Turns out I didn't have my full days to pay so they lowered it back down to £65. I will take £65 over £130 anyway so was happy with that!

And the good news keeps on rolling! I literally had the worst start to the year. It felt like every day there was something crap happening to the point I wanted to quit my own company (I know!) and just doing something not publishing related. I kept praying about it and I felt in my soul everything was going to work out but you know when you're just like WHEN??? Well my book is in the final of The People's Book Prize!! Yay!! And not just mine, so is 3 other Hashtag titles AND Hashtag is up for Best Publishing House. EEEK!!! There's also one other huge thing but will reveal all in my next blog. 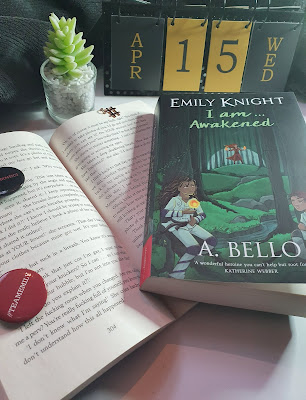 So I had a few people ask me what happened with Chocolate City Comics? To sum it up Tobias who runs it, is just some fraud guy and it's such a shame. I thought he seemed really nice but I got that wrong. I went to them for artwork for my website. He then said I should use it for a pitch bible to pitch to producers and he knows all these producers and big actors. So I'm thinking okay cool. Anyway he gets me my artwork—one was of Emily, Lox, The Osaki Triaining School. Tobias turns round and says, “Who would be your dream cast?”
I said,“ I want it to stay as British as possible and always thought John Boyega would be a good Lox Knight.”
obias then says, “Well I know John let me ask him.” This boy sends me fake texts of John saying yeah and he wants a meeting with me when it's down then proceeds to get artwork of Lox done in John Boyega likeness. It all started going downhill when I asked for a few more pics and Tobias literally disappeared for a few months but he is still on social media posting cause he is the only one that runs it. When he finally gets back in touch, he said he will send the artwork over by the end of the week. Another month goes by with nothing so I ask for a refund. That's when he really came alive! I still have the messages. By the end of his weird ranting he said he would refund the money on Monday. He didn't. So I got a lawyer on his ass. Ended up speaking to John Boyega team and they don't know this guy and defo didn't give any authorisation for him to draw Lox in John's likeness. Can you imagine? I wanted a pic of MY character and this guy then made up a whole lie with his chest saying we should draw it as John. Why???? Even the forest pics that he gave to me are on another person's site. I literally will never understand how someone even acts like that. So now Tobias has outstanding money owed to me and the courts and countless claims against him, when all he had to was give me the artwork or refund the money. I would strongly advise you not to work with this strange person and if you like the artwork he promotes then approach the artists directly. 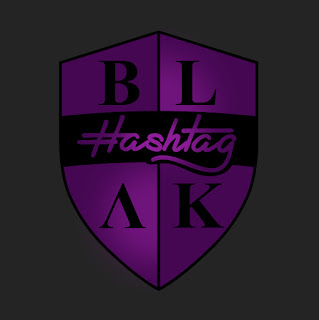 Now back onto great things! I did an interview with The I Paper. You can have a read of it here. I love this press I've been doing lately that have allowed me to be so honest and transparent.

The submissions we're getting for Hashtag BLAK have been AMAZING!!! I'm hoping we can sign at least two authors in the next few months. If you feel you have a book for us then please have a look at the guidelines www.hashtagblak.co.uk

How beautiful was Kobe and Gianna Bryant memorial service? Beyonce singing literally gave me chills! I can't get over how together Vanessa Bryant is. She literally is such a queen. She's having to share her families grief with the entire world and she has held herself so amazingly though it all.

Finally joined the braid gang. I swear I've been saying I wanted braids since last year spring. It's actually crochet twists but I like them! Took some getting used too but glad I got them done so I can finally stop banging on about it!

Whenever you are around teens as much as I am, you end up annoyingly get into the things that they're into. One of which is Tic Tok. So yes I did learn the original Renegade dance and yes I was like what the hell are all these moves? but yes I did get it. Snaps fingers. You can see it on my Instagram

I really thought Siannise and Luke T were going to win Love Island. They are actually adorable together. Speaking of adorable I went on the cutest date the other day. Why can't my days be like that all the time?

My car is so weird. It does this thing where if I have it in neutral but it's still on and I leave it for some minutes it re-starts itself. The other day my car got all dusty cause of some work being done to a house I was parked by. I just assumed the rain would clean it and all the ten million storms we've had. It did get kind of clean but not all the way so today I figured I'll just get it washed. They thought I was mad cause the car literally kept re-starting itself. I had to keep turning it off to not freak them out,

So my latest baby is The Diverse Book Awards. It's open to any fiction book from 2019 (doesn't matter how you're published). Entries close in May so if you have a book, please get involved. We've had loads of entries but never too many I say. www.thediversebookawards.co.uk 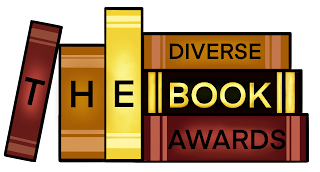 Someone tweeted and said all major sports events cancelled. The London Book Fair still happening. This is about the coronovirus. To be honest I don't know if they should cancel or not but what I don't get is when the virus is spreading it's because people are coming to other countries from infected countries. Why aren't they being tested when they land?

I've given up swearing for Lent. Pray for me cause I swear so much I don't even know I swear.

Have you seen that video of that gymnast dancing to Beyonce and absolutely killing it??

Candyman is being re-made! Listen Candyman freaked me out the most as a kid and yes I did say his name in the mirror 5 times. Does that mad man need to be resurrected?  I'm not even scared of horror films but I know I'm going to pee my pants watching it. And of course I'm going to watch it with Ebru because I'm sure her screaming will make me laugh loads.